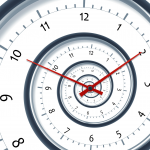 The CES software has a feature that allows you to record the time you have provided to other users. To get to it, log into your account and click on the [Trading] button at the top, and then select Record Hours from the drop-down menu.

This differs from the regular time-banking concept where hours are ‘redeemable’ against the whole community. This feature is for recording the hours you have given to a specific user, who needs to reciprocate in some way to keep the balance between the two of you. So, in essence, this is a time-keeping tool that lets you log the hours you have provided to another user and keeps a ‘balance’ of hours you have with that user. You cannot ‘spend’ the hours on acquiring something from someone else!

The feature can also be used to simply keep a record of how many hours you have spent on a job, irrespective of whether it is a swap arrangement or not. The hours you have accumulated against another user can be used to barter or swap for the same number of hours with the same user, or for converting into Talents at an agreed hourly rate.

On the Record Your Hours page, simply enter the account number of the recipient of your time, a description of how you spent the time, and the number of hours that you spent providing it.

If you don’t know the recipient’s account number you can look it up by doing a user search from the [Users] button at the top.

To keep a complete record, you should record your time incrementally as you provide it rather than as a total when you have finished a particular job or task for the recipient.

The list below the input form on the Record Your Hours page shows the accumulated hours you have given and received with a particular user. It also shows the balance of hours that you have with the user, which is meaningful if you have a barter/swap arrangement.

To view a complete list of your Hour records with a particular user, click on the name of the user in the list below. This will open a new My Hours page that displays a list of all records of time given and received with the particular user, with totals at the bottom. To view all records with all users to whom you have given time and from whom you have received time, click on the ‘All Hours’ link on this page.

Example 1
Alice advertises that she would like to swap her bookkeeping services for ongoing medical services. Doctor Bob phones Alice and says that he needs a bookkeeper and that he would be prepared to offer medical consultations for Alice and her family. They agree to swap an hour for an hour of each other’s time.

When Alice does Dr Bob’s books she keeps a record of the hours that she spends on them. Dr Bob does the same each time one of Alice’s family visits him. The hours that Alice and Dr Bob give to each other are combined into one record for each of them, showing the ‘balance’ of hours they have with each other. Over the long term, their ‘balance’ remains around zero, but sometimes Alice is ‘owing’ Doc Bob and around year-end, Doc Bob is ‘owing’ Alice.

Example 2
Catherine advertises her web and graphic design services and requests handyman assistance as a swap or barter. She will create and maintain a website for time spent on painting her house and repairing various leaks. Derek contacts Catherine and says that he runs a small building firm, which badly needs a new website.

Catherine agrees to build and maintain a website for Derek in exchange for painting and household repairs. As they go along they both record the hours they give to the other. The combined record shows exactly how many hours each has spent on the other, who is in ‘deficit’ and who is in ‘credit’. When Catherine is in ‘credit’, Derek must do some more work on her house. When Derek is in ‘credit’, he can ask Catherine to add a new feature to his website or to design a new brochure for his shop.

Example 3
Eric advertised his service of setting up organic gardens in backyards. He quoted an hourly rate in his local CES currency. Obviously, he cannot know upfront how many hours will be required to get a particular garden in shape so he uses the hour feature to keep a log of the hours he spends on each visit.

When the job is done, Eric has a complete record of time spent on the job and a description of what he did each time. When Fiona, the ‘buyer’ of Eric’s services, indicates that she is happy with the work done, Eric credits himself against Fiona’s local currency account at the agreed hourly rate. Job complete and Eric can now delete the time record with Fiona.

Alternatively, Fiona finds out that Eric gets severe back pain after a day of digging, and offers to ‘redeem’ the hours Eric has spent in her garden by offering him physiotherapy sessions for as many hours Eric spent in her garden. They could strike up an ongoing arrangement where Eric re-composts Fiona’s garden every six months for continued physio sessions!