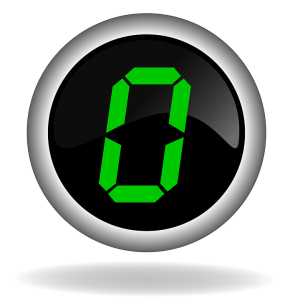 In the conventional economy there is no magic number. The object of the money game is to get the highest number possible — to get rich! Being rich is described as “successful” and when we are rich we can engage in some ostentatious spending so that our friends and

neighbours can see that we are “successful” and worthy of their respect.

In the Talent ‘economy’ the object of the game is to keep your mean balance as close to zero as possible. Zero is the magic number, not a million or a billion! Although every new account on the Talent Exchange starts at zero, the object is not to keep it there by not trading at all, but by trading as frequently as desired: sometimes with your balance below zero and sometimes with it above zero. Over the long term, however, your balance should average out at about zero. This means you have received as much as you have provided. Your turnover is your mark of success.

In the Talent Exchange we have our first Talent “millionaire”: our long-time CTTE Administrator, Dawn. This does not mean she has accumulated over T1,000,000 but that she has done over T1 million worth of trading and kept her balance at all times near the magical zero. Dawn doesn’t need to engage in ostentatious spending to brag about how “successful” she is on the Talent Exchange; it is what she has given and what she has received that deserves respect. She has truly found the secret to making the exchange work for her. She ‘has’ zero Talents after all of her trading, because Talents measure contribution rather than a trader’s ability to collect tokens. Such tokens, in the Rand economy, represent claims against others’ contributions whereas Talents in the Talent economy measure actual contributions by those who have provided. That is a huge difference!