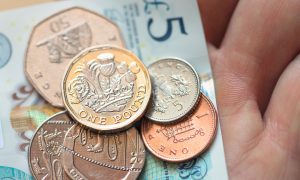 From time to time the Talent Exchange gets accused of being “just another money system”. Is this the case? Are Talents just another form of money? To be able to answer this question, we first need to be clear on what money is. Then we can make the comparison.

According to the classical definition, money is anything that serves as a medium of exchange, unit of account, means of payment and store of value. Let’s see how Talents shape up:

Talents obviously do what money is supposed to do, which is to facilitate exchange. But please remember that the CES site is an exchange platform and that using Talents to facilitate exchange is just one exchange method among several. You can use CES to swap/exchange, barter, time trade, gift, share and exchange using a virtual currency (Virtual-Rands). There is no need for all transactions to be recorded. In fact, the aim should be to reduce the number of recorded transactions because they are an impersonal way of transacting, best suited for situations where you don’t know or necessarily trust the other party.

While money is said to have the four functions mentioned above, focussing on those functions alone makes money appear to be a neutral public utility like running water or electricity. Money, as we understand it today, is not neutral and it is not a public utility. The money system is a privately owned and controlled system backed by government, which we are forced to use by – ultimately – violent means.

So let’s look at a few of the real functions of money, as opposed to its textbook functions, and see if Talents possess any of them too:

Those who control the means of exchange control everything. This is as true today as it was before money was invented. Today, money is lent into existence by private institutions (banks), meaning that every unit in existence has a unit of debt behind it – plus the interest that is never created. The “debt slaves” who borrow money have to create the wealth to pay the interest, which is appropriated by the lenders. Credit – a social phenomenon – is privatised.

Owners of the means of production hire “wage slaves” to create wealth, but the former appropriate the monetary returns and “reward” the latter with only a fraction of the monetary representation of the wealth they have created.

The small stratum who control the means of exchange manage and maintain the work camp called “the economy”, where the debt and wage slaves toil away for the benefit of their masters.

The Talent Exchange does the opposite: it gives the community control over its means of exchange, preventing anyone from co-opting the exchange system for their private advantage. Credit is re-socialised, which eliminates all the evils associated with usury.

By being able to control the supply and distribution of money, the “money power” has complete control over the users of their Government-enforced, private exchange system. Government keeps us locked in this prison by demanding ransom payments (taxes) and creating “legal tender” laws to prevent us seeking alternatives. The debt and wage slaves assist in keeping themselves imprisoned by declaring that they have “bills to pay” instead of seeking escape.

The Talent Exchange is an attempt to create an exchange system that no one controls and which cannot be used to control others. It does this by encouraging the use of a wide range of exchange methods to prevent parasites feeding off and controlling our productive efforts.

It is claimed that Talents are the same as money because people are motivated to increase the numbers in their accounts instead of providing useful goods and services for other members of the community.

It is true that many use the Talent Exchange with a mindset infected with monetary concepts, but this would rapidly change if they did not have to operate in the money swamp at the same time. Unlike the money system, which has no upper and lower limits, users of Talents need to keep their balances half way up the narrow band between ceiling and floor. This means they are giving as much as they are receiving. The motivation is balance.

Users of the money system, however, are motivated to become “rich” in the dog-eat-dog competition to reach the top and dominate others.